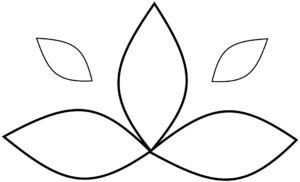 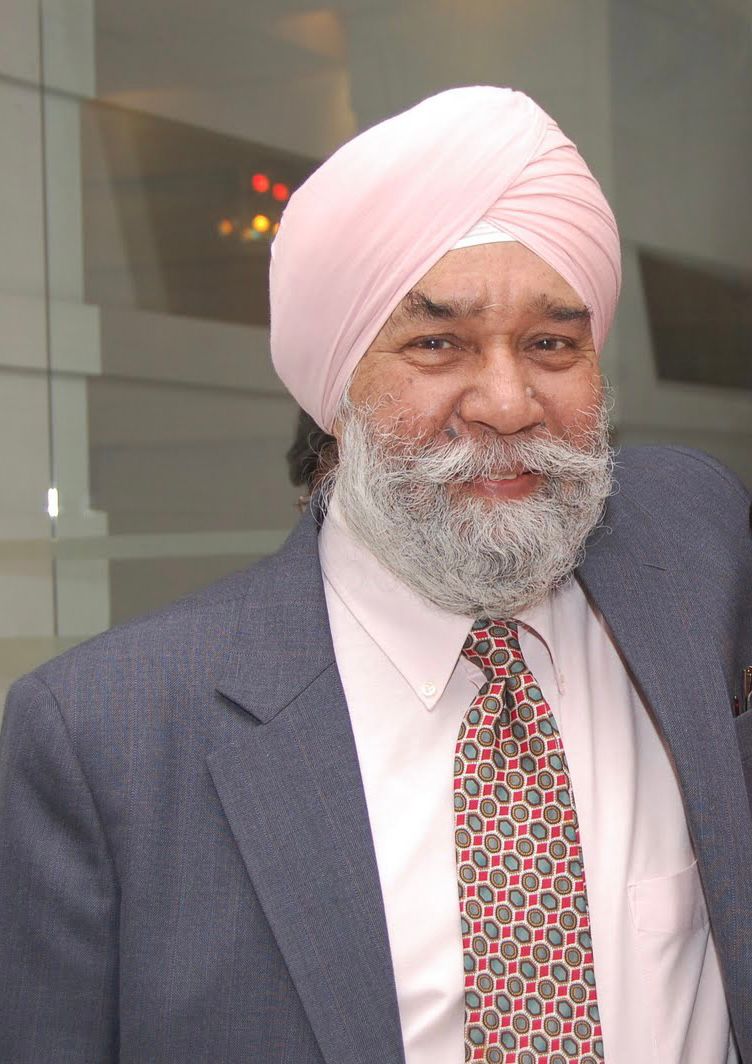 Raminder Singh (Gogi) Bajaj passed away in New Delhi, India on April 27, 2021, at the height of the country’s spring COVID-19 surge. He was 79 and a devout Sikh throughout his life. In Sikhism, death is considered a natural process and God’s will. Believing that the body is only a vehicle and that the soul never dies, many Sikhs discourage memorials, and cremation is the preferred method of farewell. However, the pandemic forced changes in all rituals of life and death. Because travel restrictions prevented most of Raminder’s family members from observing customary Sikh rites and gathering for prayer at his funeral pyre, a virtual memorial took place in his honor. This exhibit explores how digital platforms of the COVID pandemic cultivated new sonic religious traditions within a Sikh family and powerfully articulated sounds that have long been central to their religious practices.

Raminder, also affectionately known as Gogi, was born in a Sikh family on May 5, 1941. He is survived by his wife Mrs. Deepak Bajaj; her children, Arjan and Priya; their spouses, Divya and Sandeep; and two grandchildren, Rhea and Zubin. He was a lover of music, especially jazz, and had endless knowledge about it. He touched the lives of all he met with his support and warmth. He was a retired executive who worked in various companies, most notably in the Tea Gardens in Assam and then Companies in Yamunanagar, Chandigarh, Pune, and Gurgaon (all in India).

Like many other Sikh families, Raminder’s family often organized religious rituals to mark important occasions. These included births and birthdays, weddings, and deaths as the big events, but they often had a Path (prayers and Kirtan) to give thanks for other blessings. His family would typically visit the gurudwara, but other times would have a small event at home followed by a meal, which is also integral to Sikh community life.

Traditionally, prior to a Sikh cremation, the body of the deceased is bathed, dressed in clean clothes, and transported to a local gurudwara for blessings; at the cremation grounds, family members recite prayers before and during lighting of a funeral pyre. Ashes are later collected and immersed in a body of flowing water.

However, COVID-19 brought an air of helplessness to the cremation grounds in New Delhi. Ambulances transported bodies directly from hospitals, and government representatives placed them on funeral pyres, often without family members present. Two of Mrs. Bajaj’s cousins – Tejinder Singh and Ajay Singh – had the courage to go to the cremation grounds at the height of the pandemic for the lighting of Gogi’s funeral pyre, risking their lives to give him a befitting cremation. Mrs. Bajaj’s sister and brother-in-law, Amrita and Ranji Dua, took Raminder’s ashes to a gurudwara on the Jamuna River on the outskirts of Delhi and immersed them there after reciting a few hymns. However, for many members of Raminder’s family, and for the hundreds of thousands of people in India who lost loved ones to COVID-19, there were no last hugs, final goodbyes, or closure. 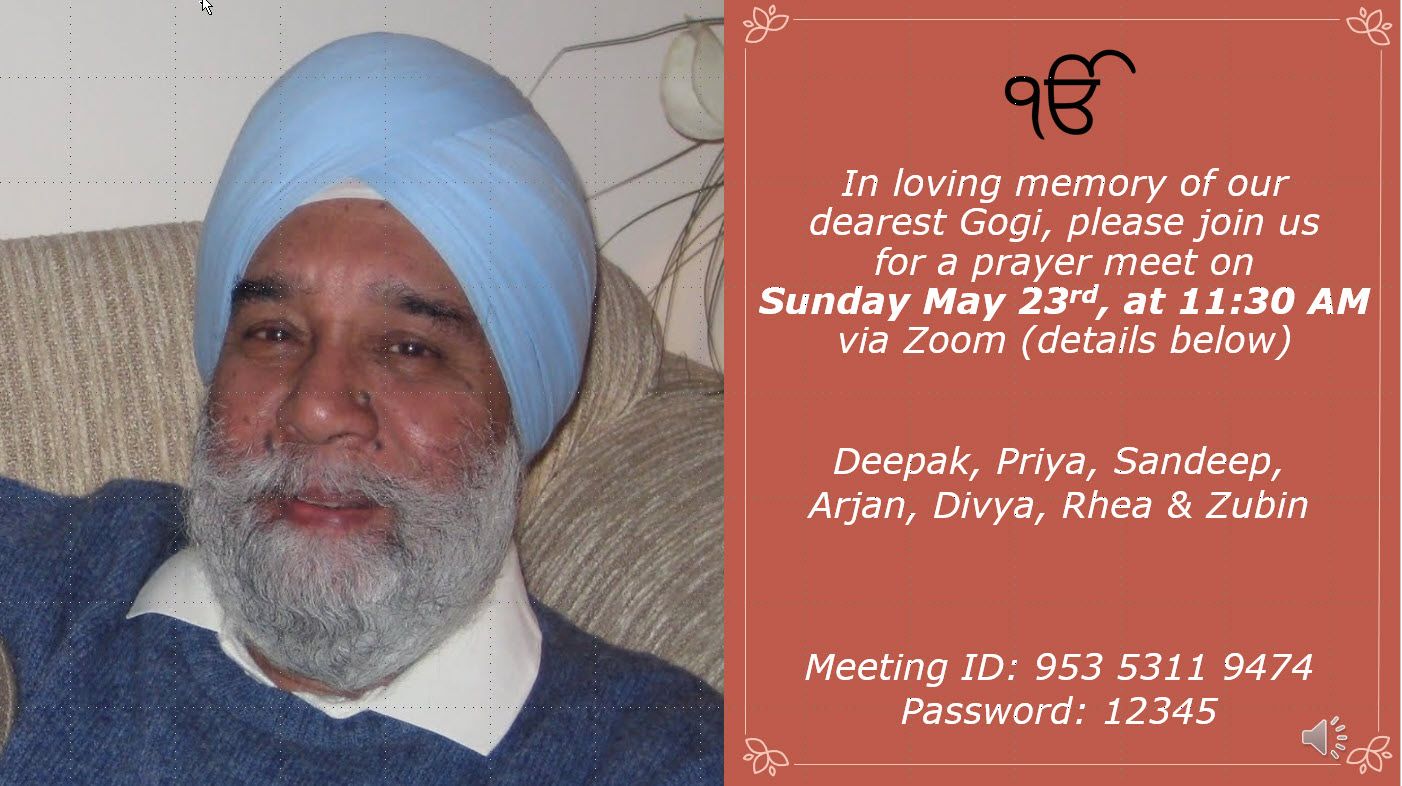 While no substitute for an in-person gathering, an online memorial for Raminder offered a unique opportunity for collective mourning, prayer, and remembrance – and for the creation and sharing of religious sound. The service, which took place on Zoom, brought together more than 450 friends and family members from all over the world. While many members of the audience were Sikh, others were Hindu. The rituals of Hindus and Sikhs have many affective resonances, especially among those who speak Punjabi, the language of both Sikhs and Hindus in Punjab. 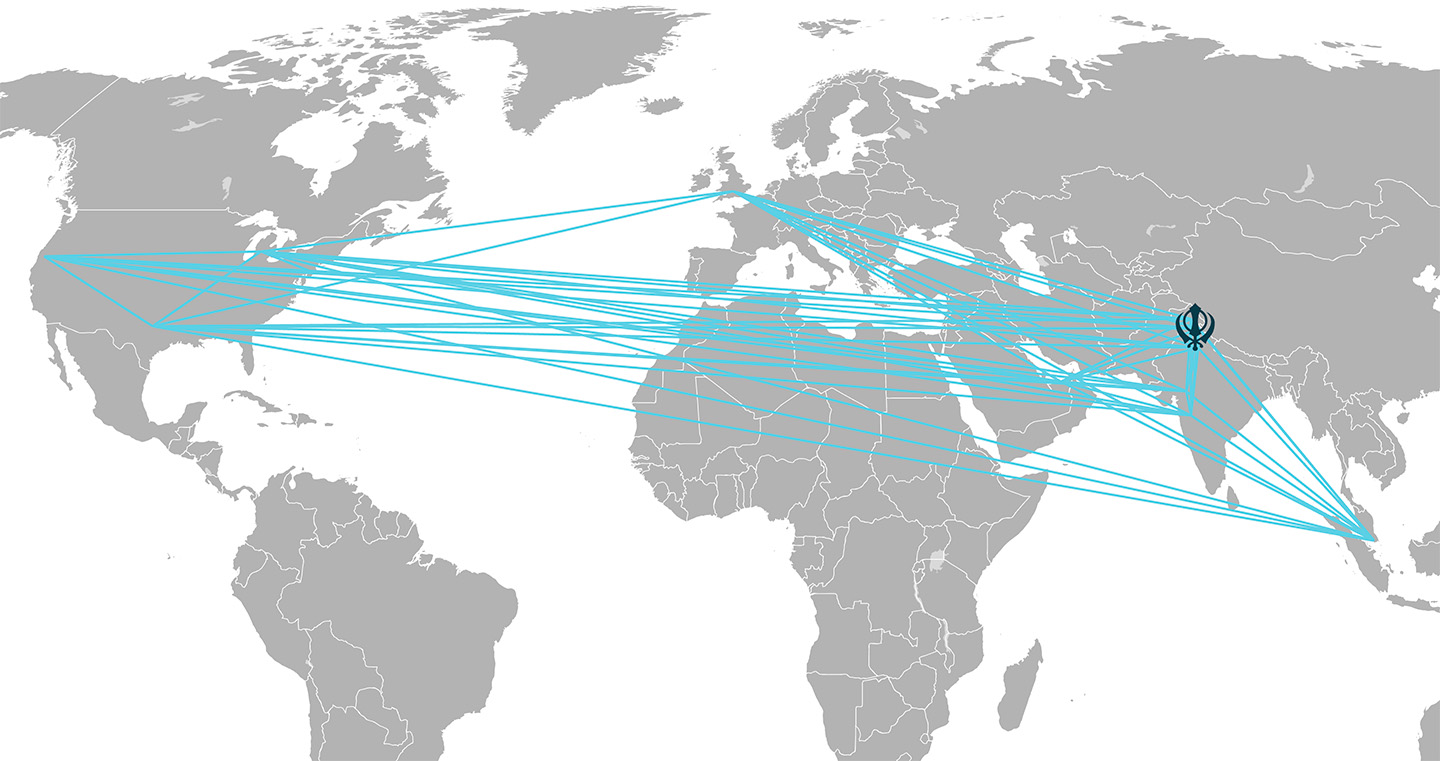 During Raminder’s memorial, mourners tuned in from the UK, Singapore, and multiple sites in India and the US. Unlike some online worship, which is unidirectional, during this online event, all participants were listening and speaking to one another. The lines on the map above illustrate these connections between participants and incorporate their locations. Map by Alison Furlong. VIEW LARGER MAP
The virtual memorial began with some of the rituals and sounds fundamental to Sikhism, including a reading of the Sikh scriptures (Guru Granth Sahib) and kirtan, a form of devotional singing. Because a professional Sikh singer was not available to lead this kirtan, the Zoom event featured pre-recorded kirtans, with the granthi, or priest, singing shabads, or hymns from scripture.

Prior to COVID-19, Raminder’s family could have asked a local granthi to recite the accompanying traditional Sikh prayers, or paath. However, with pandemic restrictions, Col. Harjit Singh Bhagat, a cousin, was instead asked to lead a series of them, including the aardas, a dedicatory prayer; the chaupai sahib, a special prayer invoking God’s protection; and the anand sahib, a prayer for complete happiness. Like many Sikhs who are not religious leaders, Harjit Singh has spent much of his life learning about the Sikh scriptures, while also practicing their recitation with the correct intonations and inflections. The language of the Granth Sahib is poetic and draws upon other languages and dialects, such as Sanskrit, Persian, and local dialects.
Above: One of the kirtans featured in the virtual memorial. Because a professional Sikh singer was not available to lead this kirtan, the Zoom event featured pre-recorded kirtans, with the granthi, or priest, singing shabads, or hymns from scripture. 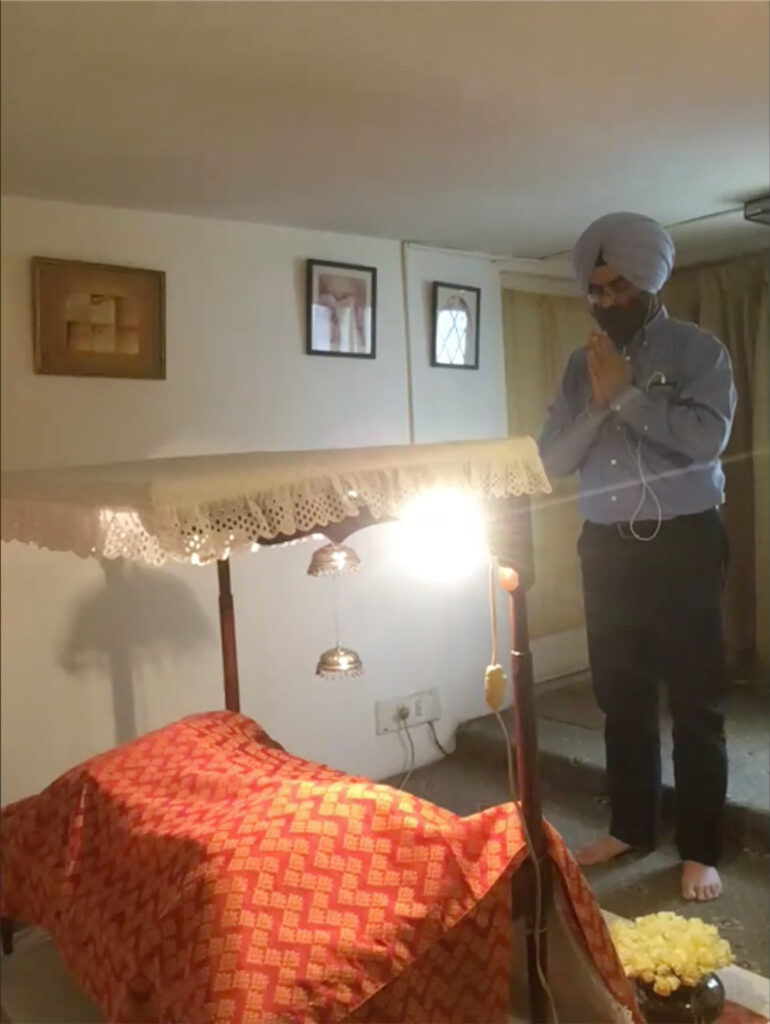 The lyrics of these memorial rituals often included repetitive verses praising God and seeking his comfort. For instance, the kirtan refrain Man Kyon Bairag Karega Satguru Mera Poora (“Oh my mind, why are you so sad? My True Guru is perfect”) consoled listeners and encouraged them to have faith in a perfect God. Kirtans are very moving in part because they are structured via classical ragas, with a powerful singing voice accompanied by the harmonium and percussion. Their power and poignancy also lies in the repetitive refrain that calls devotees to God.
A collection of eulogies presented by friends and family during Raminder’s online memorial. Production by Lauren Pond.

Unique to Raminder’s virtual memorial, however, was a large collection of eulogies, featured above. Friends and family from multiple countries spoke of the love and respect they had for him, providing tearful reflections as well as funny anecdotes and poems. Rather than Punjabi, participants primarily spoke in English, which was more familiar to some people participating from locations abroad.

Because of Raminder’s immense love for jazz, his family decided to conclude the memorial by playing a song from this musical genre. During a slideshow of family photographs, featured below, “Take Five” by the Dave Brubeck Quartet played in the background. This sonic component also provided a vivid sense of Raminder’s Sikh community and family life. 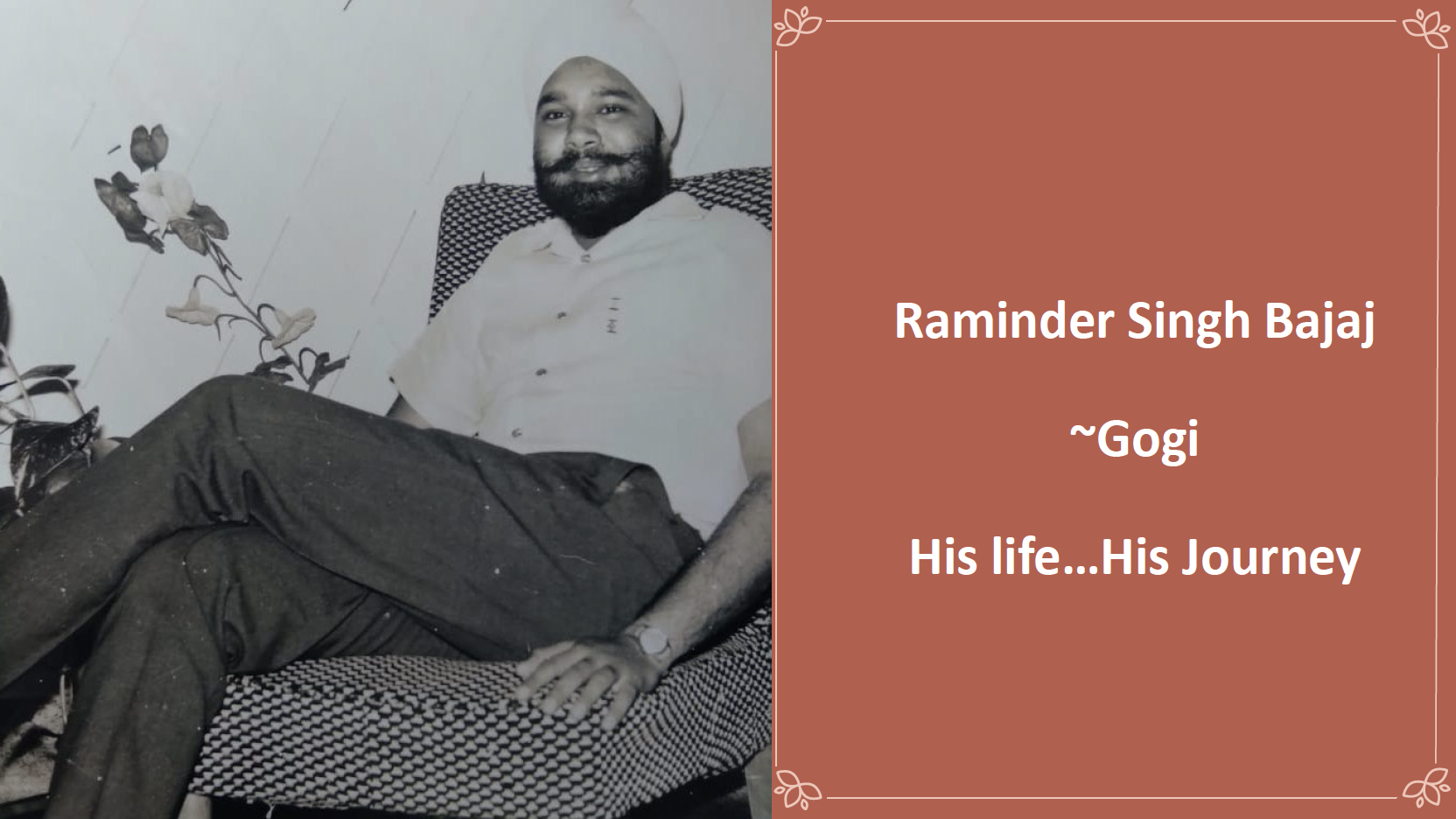 Above: Click on the image to view some highlights from Raminder’s life. These photographs were presented in a PowerPoint slideshow during his online memorial service.

Left: Take Five by the Dave Brubeck Quartet, which could be heard during portions of the online memorial. Raminder deeply loved jazz music.

This virtual recreation of Raminder’s memorial service will serve as a reminder of both joy and nostalgia for many years to come. Family and friends re-live Raminder’s life and grace via the repetitive mode audio recordings. Remembrance, then, is not chronological, with a beginning and end, but rather is cyclical, or constantly renewed.